How did Kansas become an ideal place for pig farming? How much do pigs weigh? What’s the difference between a pig and a hog? Here, we break down some frequently asked questions about pigs and pork and share farm-to-table facts behind them.

1. How long does it take for pork to go from farm to table?

It usually takes pigs six to seven months before they are big enough to be harvested. The target weight for a market pig is about 280 pounds.

2. Why are so many pigs raised in the Midwest?

Hogs love crops like soybeans and field corn, which are typically grown in the region. Keeping them close to an abundant and reliable food source just makes sense.

Traditionally, hogs were sent to market in October. The meat was salted to preserve it and the cooler temperatures helped keep it from spoiling as it cured. The curing process took about six months — perfect timing for a delicious feast for Easter in April.

Thankfully, pork is now available year-round, so we can enjoy it any time of year. We still observe October as National Pork Month to celebrate its traditional heritage.

4. How did pork become so popular in the United States?

Aside from the obvious — like the taste of bacon — pork has been a staple in the United States since settlers first arrived from Europe. Many early explorers like Christopher Columbus, Hernando Cortez and Sir Walter Raleigh brought pigs to America. Hernando de Soto became legendary in the pork world. He brought 13 pigs to Florida in 1593. Three years later, that handful of pigs had multiplied to a herd of more than 700.

As packing plants and refrigerated train cars expanded in the mid-1800s, local pig markets cropped up near major stops, making pork more widely available around the country. Kansas City was home to one such large market, making it a pork hub in the Midwest.

Today, Americans eat an average of about 53 pounds of pork per person, per year and pork is ranked the second most popular meat in the world.

5. What’s the difference between pigs and swine and hogs (oh my!)?

Just like there are different terms for cattle (think cows, heifers and steers), pigs have their own lingo, too.

Here are some common pig terms and what they mean:

6. What are some by-products of pork?

You might be surprised to learn pork by-products are used in a lot of medications. Humans enjoy many health benefits thanks to various chemicals from pigs, like:

Pig tissue is also a great match for human tissue. Their heart values can be used to repair human hearts and their skin can help soothe burns.

7. What do pigs, bulls and bears have in common?

This one’s a trick question. Wall Street! The home of the New York Stock Exchange and hub of world financial markets came about because of pigs. Lower Manhattan (in New York, not Kansas) was home to many farms, and pigs would often ruin the cropland. To keep the porcine pests away, farmers erected a wall around the area. The street later became known as Wall Street. So, today’s bull and bear markets actually have pigs to thank for the name.

There’s a lot of fun trivia about pigs and the role they play in our lives. One thing’s for certain, we can thank Kansas pig farmers for caring for their hogs and giving us delicious meat and so much more. 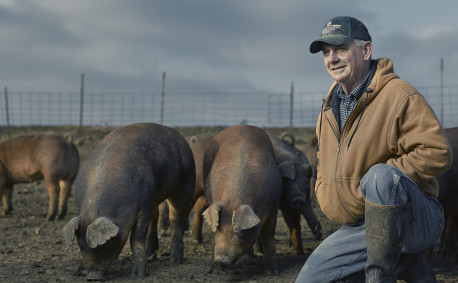 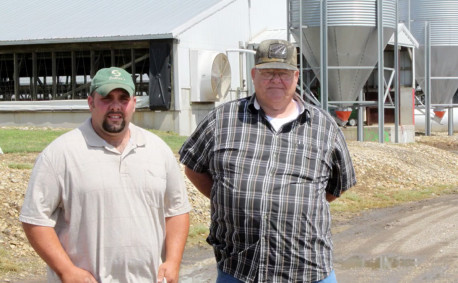 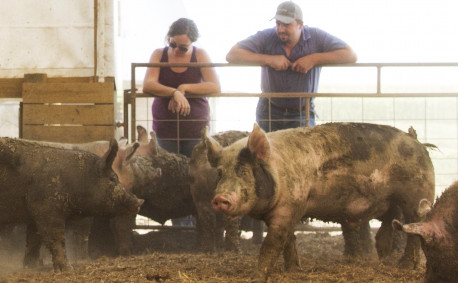 Why the Roushes Raise Heritage Hogs 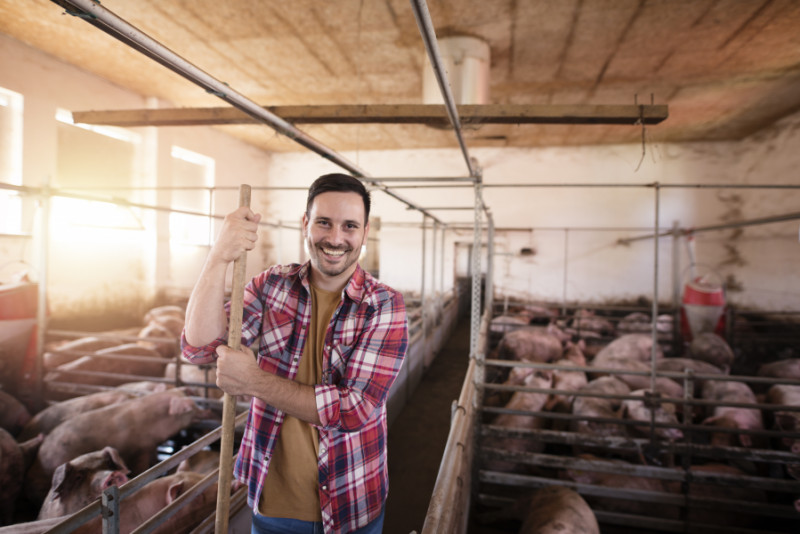 From farm to processor to distribution and retail, dairy creates jobs that support the economic well-being of Kansans. The dairy industry contributes $592 million annually to the Kansas economy and supports about 3,500 jobs.