The holidays are here! And whether you’re decorating a tree or lighting a menorah, we’re willing to bet this time of year puts a smile on your face and a rumble in your belly. One of our favorite parts about the holidays is the food — especially dishes reserved for this celebratory season.

With so many cultures celebrating during the winter months, we wanted to explore some food-related traditions for different holidays. Let’s dig in!

We can thank the real Saint Nicholas — whose legend later evolved into Santa Claus — for the tradition of putting oranges in Christmas stockings. The story goes: Saint Nicholas knew a father who couldn’t afford to pay a dowry for any of his three daughters. One night, wanting to help, Saint Nicholas bagged up pieces of gold and threw a bag for each daughter down the chimney. By accident, the bags landed in the girls’ stockings, which were hanging by the fire to dry. Today, the oranges we give are symbols of Saint Nicholas’ generosity.

Decorating gingerbread houses may be a kid-friendly project today, but its origin is less G-rated. The activity began in Germany thanks to the story Hansel and Gretel. Written by the Brothers Grimm, the fairytale features the title children who get abandoned by their parents in the woods. The starving children happen upon a house made of gingerbread and sugar, but it’s a trap set by an evil witch. The witch wants to fatten the children up so she can eat them, but the story ends relatively happily with the kids escaping and the witch perishing in her own oven. The story inspired German families to begin decorating gingerbread, and the tradition spread across the globe.

Made with grated potatoes, flour, a binding agent and spices, latkes are crispy potato pancakes traditionally eaten by the Jewish community to celebrate Hanukkah. Latkes, fried in oil, are staples of this holiday which commemorates a miracle to do with oil. After overthrowing oppressors around 164 B.C., Jewish leaders and their people took back their temple and began purification and cleansing practices. When the menorah in the temple was lit, it only had enough oil to burn for one day, but it stayed aflame for eight, creating the miracle of Hanukkah.

A jelly donut topped with powdered sugar, one reason the sufganiyah is a popular Hanukkah dish is an ingredient it shares with latkes: oil. But beyond this, sufganiyah are also symbols of economic prosperity and Israeli labor. The Israeli Labor Federation declared sufganiyah the official food of Hanukkah in the 1920s. Not only did Israelis enjoy the tasty treat, they saw how an increase in sufganiyah consumption would create a need for more Israeli workers — it takes a skilled baker to whip up this recipe.

The word Kwanzaa comes from the expression “matunda ya kwanza,” Swahili for “first fruits.” This celebration of African American culture brings families and friends together in the spirit of harvest festivals dating back thousands of years.

While every family celebrates Kwanzaa in their own way, a common tradition is to place one ear of corn on the table for each child in the family. If a household doesn’t have children, many people display one ear of corn to represent the bond to the children in their community.

For centuries, people across the globe have eaten black-eyed peas with the hope they’ll bring luck into the new year. Preparations range from adding peas to soups, mixing them with rice dishes and more. Some enthusiasts even add a small coin to the pot and say whoever finds the money in their bowl will discover extra good fortune — but we worry a chipped tooth sounds more likely.

We have the Spaniards to thank for this fruity tradition! To ring in the New Year with good luck, it’s believed you should eat 12 grapes on New Year’s Eve, each representing a month of the year. But here’s the catch: To get the luck, you’ll need to eat one grape for every stroke of the clock. We don’t know about you, but 12 grapes in a matter of seconds sounds a little daunting. But hey, if it means a great New Year, we might have to give it a try!

‘Tis the season to chow down. All this holiday yumminess is getting us excited for the festivities. And if you partake in any of these traditions, snap a picture and tag us on social media! We’d love to see how you and your loved ones celebrate. 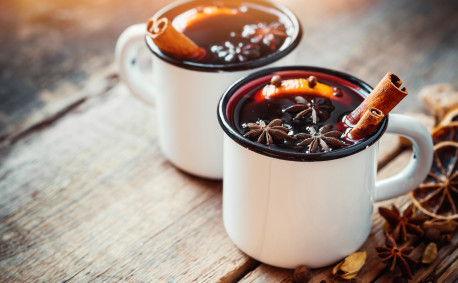 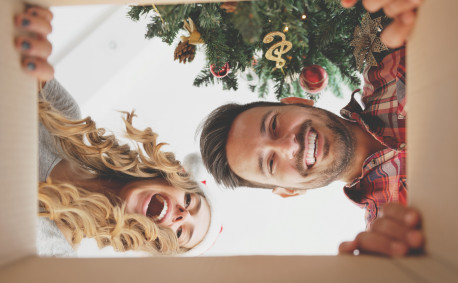 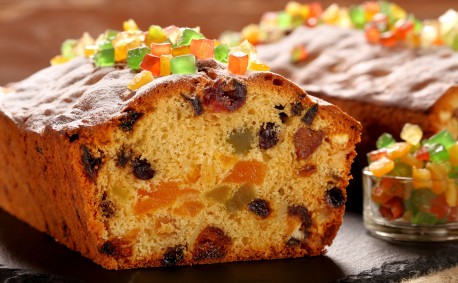 What Holiday Food Are You? 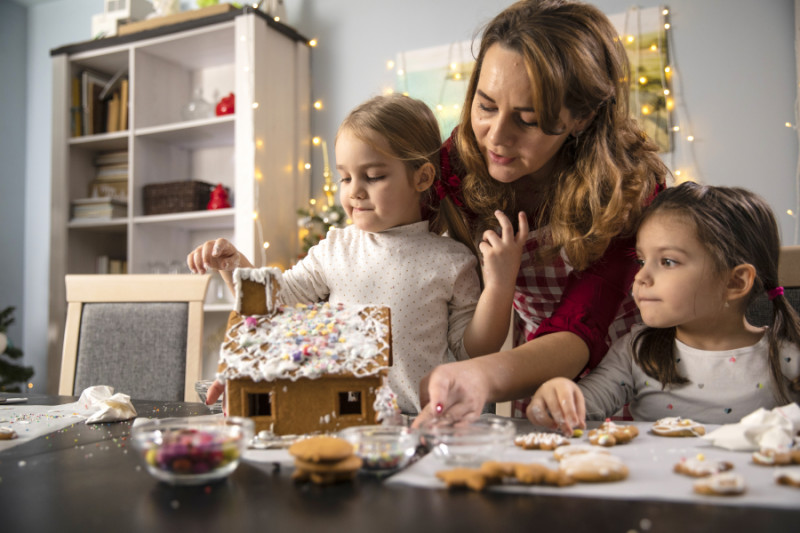