Let’s talk turkey! From Thanksgiving showstoppers to daily deli delights, this pleasing poultry is a foodie favorite, especially in fall.

When talking turkey, it’s important to get the terms right.

Although many people talk about “Tom” turkey at Thanksgiving, hens are more commonly found at the table. We should probably start calling them Tabitha turkeys instead.

Hens are smaller than toms, weighing about 15 pounds versus 30 pounds, which makes them ideal for family meals. (Math alert! When planning what size bird to get, you want to allow one to one-and-a-half pounds of bird per person. So, a 15-pound turkey would feed 10 to 12 people. That’s plenty for most Thanksgiving gatherings. Plus, it takes a lot less time to cook than a 30-pound bird!)

Never fear. Toms have their place at the grocery store, too. Because they’re so much larger, they tend to be used for deli meats, cutlets, ground meat and more.

Fun Fact: If you hear a gobble, that’s a tom! Only males gobble as mating calls, usually in spring and fall.

How a Turkey Gets from Farm to Table

The journey of a turkey typically starts at a turkey farm. Sure, there are wild turkeys available as game, but the majority are raised on farms for the purpose of feeding America. Unless you’ve been lucky enough to hunt and harvest wild turkeys, your turkey’s journey likely started at a farm where a farmer raised it.

Farmers provide feed, water, shelter and veterinary care for their turkeys. Animal welfare is an important part of farming and the men and women who help put food on our tables care about raising healthy birds. If the animals get sick, there can be shortages and higher prices. Not only does this affect our feasts, but it’s hard on the families that raise turkeys for their livelihoods.

It takes 14 to 18 weeks for most birds to reach maturity. Heritage breeds, which are descended from wild flocks, take longer to mature. Once birds are mature, they’re taken to processing plants on special trucks designed to carry turkeys.

The processing plant is where the turkeys are harvested, cleaned and broken down into various cuts. Even whole birds are processed in preparation for Thanksgiving dinner. The USDA oversees processing facilities to make sure the poultry is safe to eat.

Once the turkeys are processed, they go into cold storage, which is like an industrial freezer, to preserve them until they’re ready to hit the grocery store or be exported.

How Turkey Became the Thanksgiving Feast of Choice

Fall harvest celebrations have been a tradition going back centuries. What we think of as the first Thanksgiving, a shared feast between Pilgrims and the Wampanoag native Americans in 1621, was a harvest festival at heart. Although wild turkeys were reportedly plentiful in the area that year, historians think attendees actually feasted on geese and duck rather than turkeys. Other foods like venison, corn, nuts and even shellfish were also likely on the menu. So, how did turkeys become the centerpiece of this annual holiday?

It’s likely a combination of events and efforts. Here’s a brief timeline of Thanksgiving history:

With the numerous references to fowl in popular culture (back when novels and historical accounts were considered pop culture!), a large population of wild turkeys available to hunt at the same time, along with Thanksgiving officially becoming a national holiday, it’s likely these facts melded in people’s minds and a new tradition was hatched.

Fun Fact: In 1939, Thanksgiving fell on the very last day of November. President Franklin D. Roosevelt worried that having Thanksgiving so close to Christmas might put a damper on the economy, so he moved the holiday to the second-to-last Thursday of November.

We could talk turkey all day! But before you fly, here are a few more bits to chew on: 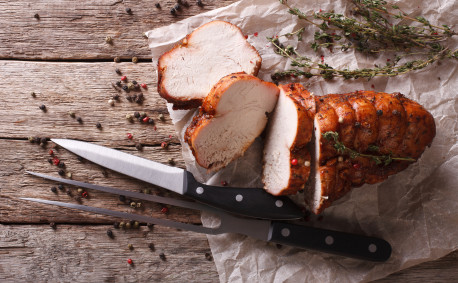 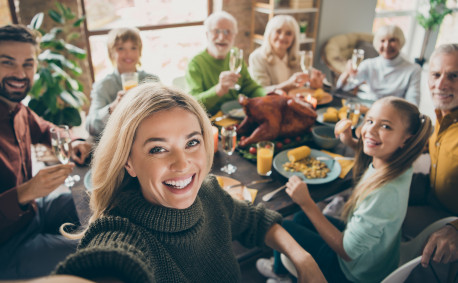 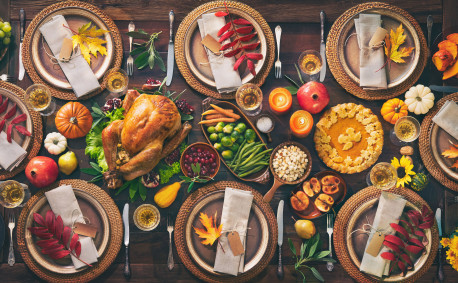 Plan the Perfect Side Dishes for Your Holiday Table 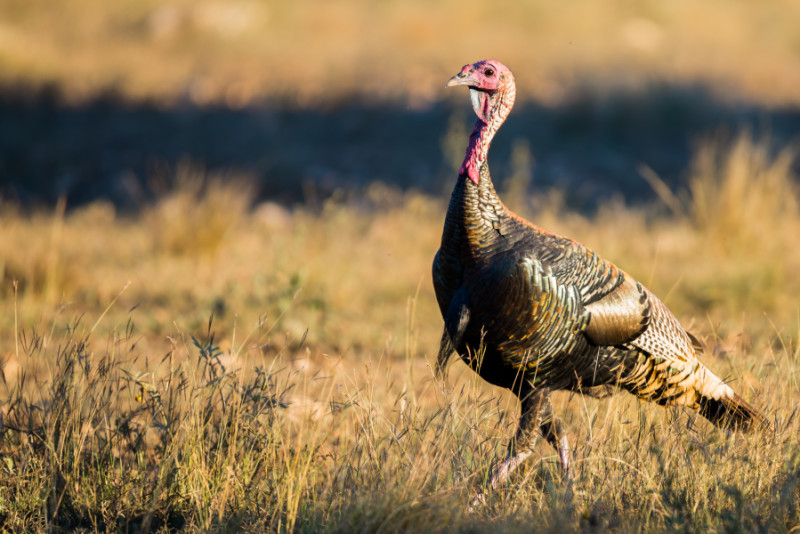