A cow is a cow is a cow, right? Not so fast! We’ve talked with ranchers who carefully select the cattle they work with and monitor the genetic makeup of their breeding stock. But is there a difference between the cattle that become steak and those that give us ice cream? There sure is!

As with dogs, different breeds of cattle have certain characteristics. Farmers and ranchers breed herds based on some of those traits — like build, lifespan, weight and overall health. Each type of cattle comes in a wide variety of colors. We often think of brown and black cattle as beef cattle and black and white-spotted cattle as dairy cows. Those just happen to be characteristics of two different breeds. Black Angus cattle are known for producing high-quality beef. Holstein cows are known for producing high-quality milk.

Even though there are a lot of breeds of both beef and dairy cattle, each type shares some common traits. So, how do you know which is which?

Before we dive into the difference, here’s a quick primer on the correct terms to use for cattle.

Beef cattle are like weight lifters. They are stocky because their energy goes toward building muscle and storing fat. This makes for tasty meat — you want lean meat with marbling for texture and flavor.

Their strong legs help them navigate life on the pasture so they can graze. They have stocky, rounded bodies with short necks, thick backs and muscular shoulders and rumps.

Typically, beef cattle eat a combination of grasses and grains, with more of an emphasis on grass, especially when they’re young. Beef cows produce milk, but only enough to feed their calves — about one to two gallons per day.

Heifers, steers and cows are all used to produce meat. Meat that comes from steers and heifers is usually higher quality.

Dairy cows are more like marathon runners. They are thin and lean with a more angular shape. Some people think dairy cows look underfed, but that’s just their build — like those people who seem to eat whatever they want and never gain weight.

Their energy goes into producing milk rather than building muscle and storing fat. In fact, those two characteristics — producing milk versus producing mass — are usually mutually exclusive in cattle, which is why there’s a difference between beef and dairy cattle.

Dairy cows have large, pronounced udders and can make 8 to 10 gallons of milk per day. They get milked two to three times a day to keep them comfortable and healthy. They are also fed a balanced diet consisting largely of grains and grasses.

Dairy cows live in pastures or barns called free-stall barns. Both provide shelter, fresh water, food and a comfortable place for the cows to rest. Because they don’t have to navigate as much terrain for grazing, they are built more slightly.

Cows can only produce milk when they have calves, and both dairy and beef cattle are bred to have one calf per year. They are milked for about 300 days out of the year and then take a break or rest for two months when they get ready to calve. Since dairy bulls can’t produce milk, they’re sometimes used in beef production, too.

One thing that is the same across both kinds of cattle — the farmers who care for them put a lot of time and effort to ensure their animals are healthy, well fed and well cared for.

Meet Some Beef and Dairy Farmers 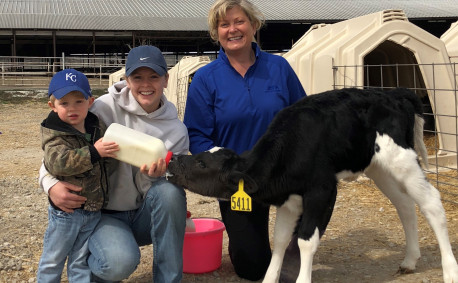 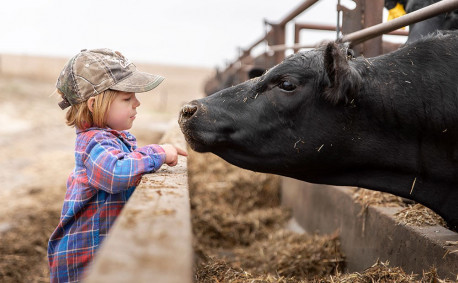 These Kansas Cattle Ranchers May Surprise You 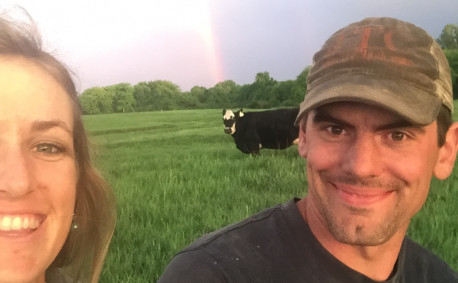 Raising Cattle by the Seasons 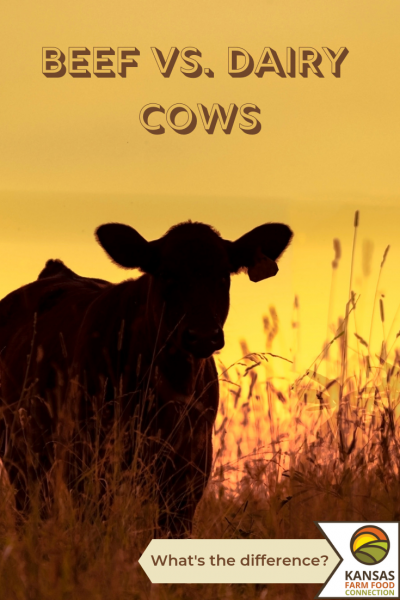