You’ve probably driven by dozens of grain elevators, and you probably know they’re used to store something like corn or wheat. Beyond that, your knowledge might be a little sketchy. Grain elevators play a big part in farming businesses across the country, especially here in Kansas. So, we want to introduce you to the inner workings of the grain elevator, and the next time the kids point and ask, “What’s that thing for?”, you’ll be ready!

Kansas growers harvested more than a billion bushels of wheat, corn and sorghum in 2018 — that’s a LOT of grain. Farmers need a place to store it. And since a bushel of these commodities weighs anywhere from 50 to 60 pounds, they could also use some help lifting it.

Enter elevators for the double win!

What Are Grain Elevators?

Grain elevators are waypoints for the staples we eat — moving from the farm to food producers like feedlots or food companies. They’re usually located in rural areas to be accessible to farmers, and near highways, railways or waterways to make it easy to transport the grain to food producers.

When a farmer harvests corn, wheat or sorghum and heads to the elevator, the truck is weighed to determine how much grain there is, and the grain will be sampled to determine its quality.

Most importantly, the sample measures the moisture content to make sure the grain isn’t too dry or too wet. Too dry and it will age prematurely. Too wet and it could grow mold in storage. If the grain is too wet, it has to be dried, which means an extra cost for the farmer. The sample will also show if there are any foreign materials like plant stalks mixed in with the grains.

If the grain is good to go into storage, it will be unloaded and then the truck is weighed again to determine exactly how much the farmer brought in.

From there, an elevator mechanism with a series of buckets will capture the grain and move it to the top of the elevator, where it will be distributed into a storage bin. There are usually a lot of bins within a grain elevator system. When the grain is ready to go to market, another truck, train or boat will stop by the elevator’s distribution point to load up for transport.

Why Use Grain Elevators

Storing grain is an important aspect of the business of farming. The question to store or not to store comes down to the numbers.

Why would a farmer want to store grain instead of selling it immediately after harvest to a food company? It’s a bit like playing the stock market. You want to sell high. So, farmers will watch the grain markets to try to anticipate the most favorable time to sell, to get the best per-bushel price they can.

Why wouldn’t a farmer want to store grain? Grain elevator operators charge farmers storage fees. The added expense means less of a profit for that harvest.

It’s also a matter of volume. Grain elevator operators can compile grains from multiple farms and broker larger bulk sales than individual farmers can, which can mean a quicker sale.

There’s no right or wrong way. It all comes down to each individual farming operation, which is, after all, a business. But, it’s nice to know that if farmers need a storage option, it’s available!

Fun fact: Grain elevators were invented in 1842 in Buffalo, N.Y. to accommodate the large quantities of grain being transported through the Erie Canal. 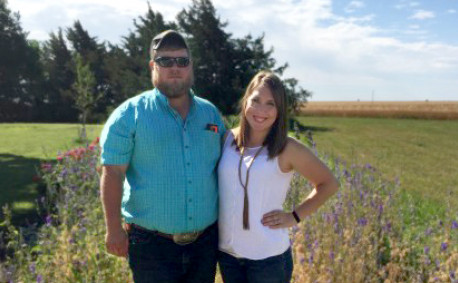