In agriculture, the beef lifecycle begins on what is known as a cow-calf operation. This is  where farmers and ranchers maintain a herd of mama cows for breeding. Cows and bulls are bred to produce calves.

When a calf is born, it weighs between 60-100 pounds depending on its parents’ genetics and how well the mama cow’s body performed nutritionally during gestation. A newborn calf will spend the first few months of life drinking its mother’s milk and grazing on vast grass pastures.

Since farmers and ranchers must be able to identify their cattle for the safety and security of their herd, a numbered tag may be placed in the calf’s ear. Calves also may receive a custom brand either by hot iron or freeze branding, so they are easily identifiable from a distance. The branding process does not cause long-term harm or pain to cattle.

Before four months of age, the testicles are often removed from male calves being raised for beef through a process called castration. Bulls can display more aggressive behavior and can cause harm to other animals or farmers and ranchers. Removing the testicles helps temper that behavior and improves overall safety for the animal and for the animal caretakers. Removal is quick, low-stress and the calf begins the healing process immediately. In addition, cattle with horns can cause injury to other cattle they encounter throughout their lifetime. For this reason, horns are removed from calves in a process called dehorning.

At six to 10 months of age and a weight of about 500 pounds, calves are weaned. Weaning is the process by which calves are moved away from their mothers to graze on grass pastures. The weaning process allows calves to become independent of their mother’s milk so they may continue to grow and thrive on the pasture.

After weaning, many calves are purchased at livestock auction markets by farmers and ranchers called stockers and backgrounders. However, some female calves are kept on the cow-calf operation as breeding animals or “mama cows to-be,” and the lifecycle begins again. 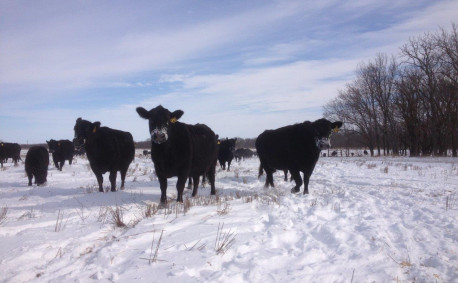 Ranching in the Winter 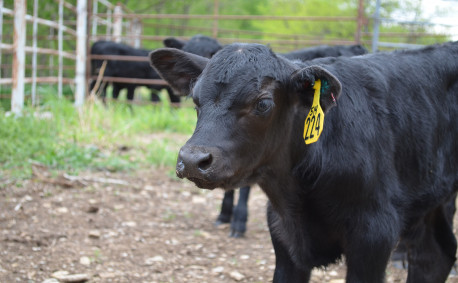 Q: How much land is an acre?

Cattle are great recyclers. They convert natural resources that would otherwise be wasted into beef, an edible protein containing 10 essential nutrients such as zinc, iron and B vitamins.